Objectives: The current study's focus, on the other hand, was to assess the major histological alterations that occurred in the esophageal sphincter muscle as a result of Domperidone usage.

Methods: Ten healthy rabbits, and all experimental animals have been adapted in the animal home. For this investigation, animals were divided into two groups: control and treatment. The control group received distal water (0.5 ml/kg b.w) while the treatment group received Domperidone at a dose of 0.5 ml/kg b.w/orally administration twice daily for four weeks.

Results: According to a recent study, frequent changes in the epithelial layer and lower esophageal sphincter muscle occur often, the mains variance has been noticed increase thickness of stratified squamous layer. Additionally, the tunica muscularis at the lower esophageal sphincter muscle in the experimental group was thicker and had thicker collagen layers than the control group. 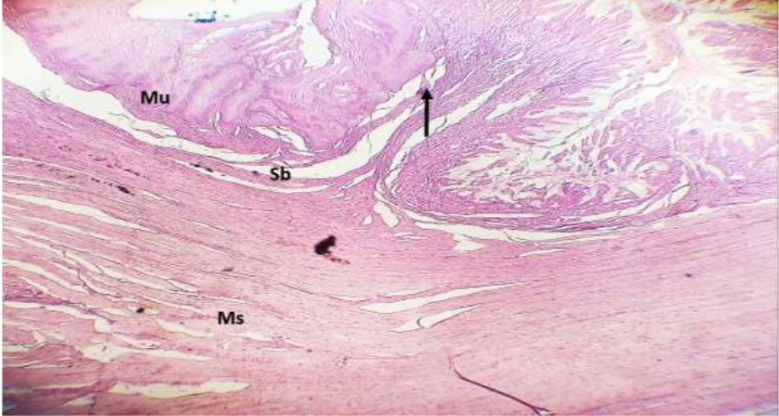